According to the data released by the World Health Organisation (WHO), South Koreans are the heaviest drinkers in the Asia region.

South Koreans who are over the age of 15 drink 10.9 liters of alcohol in a year. South Koreans drink the most amount of alcohol that no other country can come close to their per capita consumption.

Ever since alcohol was invented in Korea several hundred years ago, Koreans picked up the habit of drinking alcohol during important holidays – Chuseok (Korean Thanksgiving) and Seollal  (New Year Celebration).

The drinking ritual is done during the occasion to pay respect to their ancestors. People in those days drank for ritual purposes unlike the drinking culture now. But this shows that alcohol has always played a big role among the Koreans.

Living in South Korea is Pressuring and Stressful

So in order to fight their stress level, most Koreans get together at the end of day and over a drink to wind down. It is easier for the Koreans to open up about what is bothering their minds after some alcohol consumption. They also see this as a chance to bond with their fellow drinkers.

Drinking is part of their work – literally

Going out with your co-workers and bosses for happy hour is more than just a perk – it is a requirement.  While drinking with your bosses and co-workers can be awkward in other countries, in Korea it’s celebratory.

In Korea, this is known as “Hoesik” 회식. Hoesik can happen every once a week, or once a month. It is about getting coworkers to open up and reveal their true-self as a working environment usually strains conversations.

A Korean even said that heavy drinking for work is so much more intense than with usual friends.

Koreans believe that drinking helps to grow closer to others

Like I’ve mentioned earlier, drinking helps people to open up hence the drinking culture in Korea is a big thing.  After a few glasses of Soju, even the quietest and shy man becomes more talkative and bold.

If someone you’ve met in Korea asks you out for a drink it is because they want to get to know you better. Koreans also think that having some drinks together can help build a stronger friendship.

Alcohol is easy to access to anyone who posses an ID. If you were to go to the nearest convenience store, you can purchase a Soju bottle for just 1,500 won / RM 5.35 / $1.26. That is even cheaper than buying bottled water in many Western countries!

Korea also lacks in rules when it comes to selling hard liquor. What this means is that you can buy find and buy hard liquor (from Soju to tequila) in any convenient store or supermarket

You can’t say no – according to the hierarchy

In the Korean culture, if an elderly person offers you a glass or even 10 glasses of Soju, you should accept every single one of them as a form of respect.

The fact that they even invited you out for a drink should be seen as a great compliment for you.  Older people usually start their day or end their day with some liquor which adds up to the amount of alcohol consumed.

Before going out to drink, make sure you eat well. Drinking on an empty stomach will make you feel the effect on your stomach faster which also means you have to call it a day! Eating beforehand will also prevent you from feeling drunk as fast However your body will still metabolize the alcohol.

Here are some genius tips Koreans do when they are out for a drink but don’t want to drink so much. I am so mind-blown by these and I bet you will be too!

1. Prior to entering a bar, pretend you are more tired than usual!

2. Avoid bottoms up! However, if you don’t have a choice, just bring out a really interesting topic to talk about outta nowhere. i.e. Hey hey, did you hear about that “news”?

3. Be that overly “kind” and “caring” person and pour drinks for everyone and little for yourself (how generous!)

4. If you are drinking Soju, which is transparent in color, you can add water/ 7 up!

5. Team up with your sneaky friend and switch the alcohol with water and pour it out for each other!

6. During “cheers”, do it with so much “passion” and “enthusiasm” that everything spills from the top!

7. Be that person who is always making the call for “cheers” as people would usually think that that person is drinking so much. Nobody will check on you. Trust me.

8. Hold the glass with your whole palm covering the glass, to hide how much alcohol you’ve got left!

9. Hide your small glass behind a big glass that is filled so that no one will see how much you’ve got left.

10. Drink the “Soju” but don’t swallow and hold it in your mouth. Later, spit it out in the glass as you pretend to drink water.

11. When drinking, drip some alcohol from your mouth.

12. If you are lucky enough to be a girl, go to the toilet and add some blush to your cheeks to show others that you are “drunk”.

13. Tell your friends, that you are under medication.

14. Tell your friends that your parents/relatives are around to visit so you can’t smell like alcohol!

If all the pre and during drink tips we gave you have failed, and now you are all hungover, just look for the Haejangguk (해장국) a.k.a. the Korean Hangover Soup.

“Hae-jang-guk” (해장국)  is an ancient soup recipe used to cure hangovers in Korea! 해장국 refers to a kind of soup that is used to “get sober” in Korean.

The soup is made of ingredients such as thinly sliced meat, scallions, noodles, powder cheoncho (천초) which is used to make the broth.

Also, read How to Eat Korean Food on a Strict Keto Diet

PrevPrevious10 Trendy & Unique Items You Probably Never Bought From Korea Before!
NextPrison Inside Me 내안의 감옥: Find Out Why South Koreans are Paying to Live in a PrisonNext 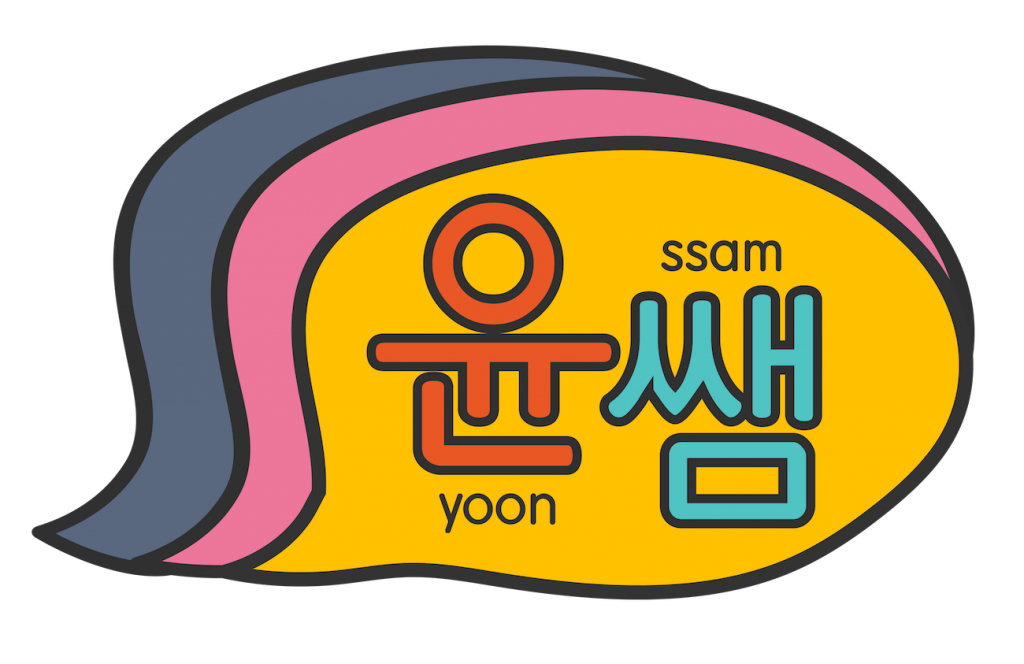 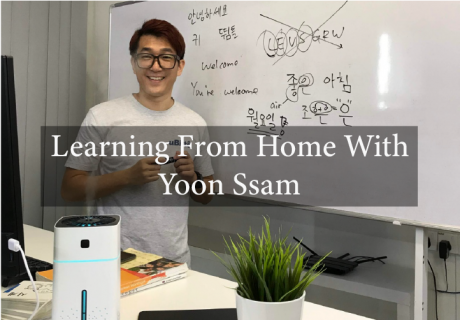 Many of us are now staying at home due to the current COVID-19 situation, and 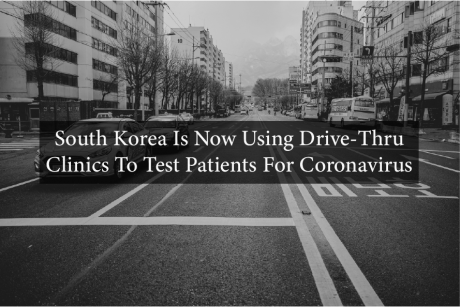 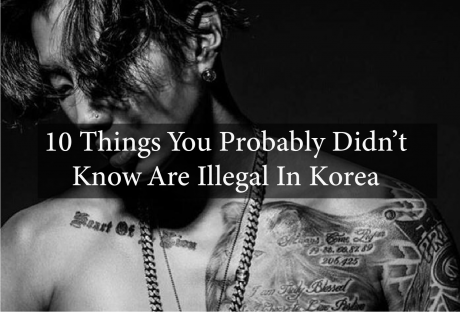 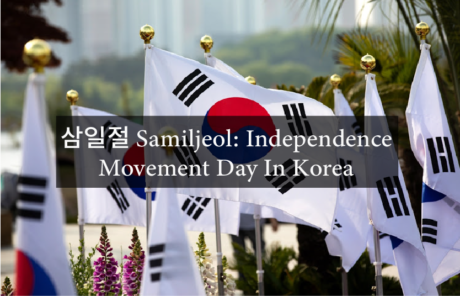 March 1, 1919 is one of the most important dates in modern Korean history and 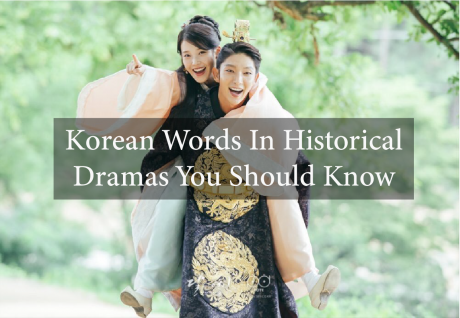 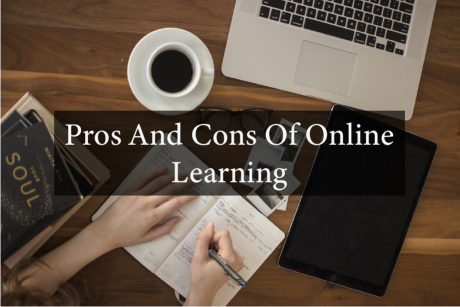 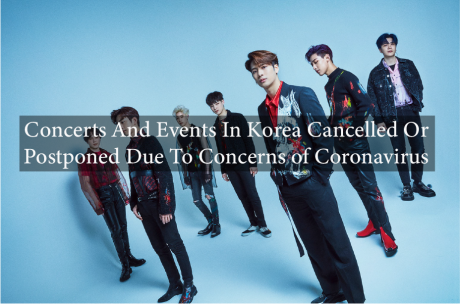 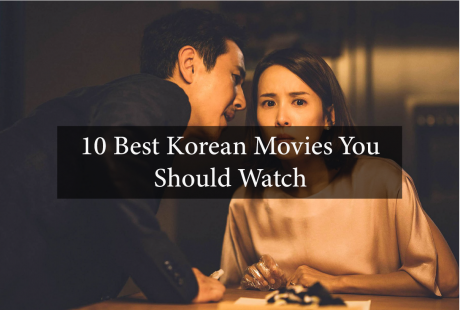 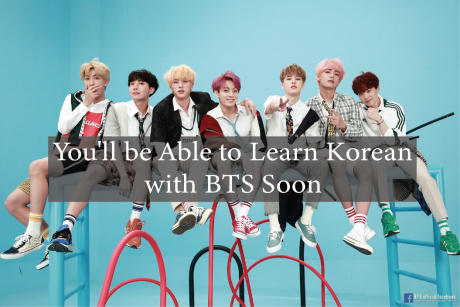 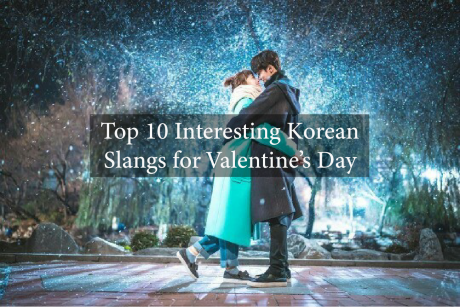 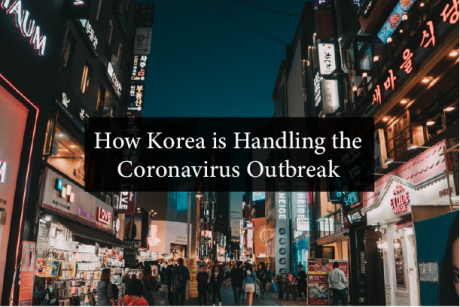 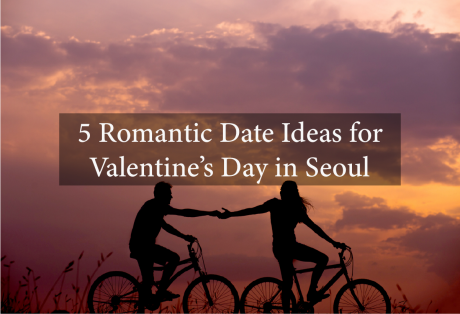 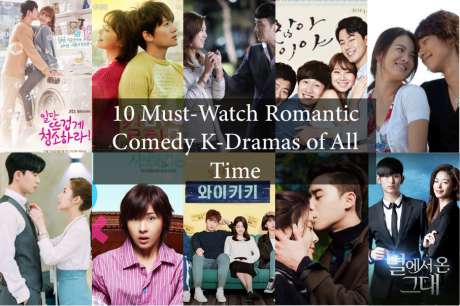 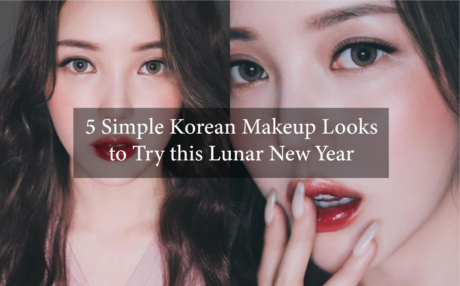 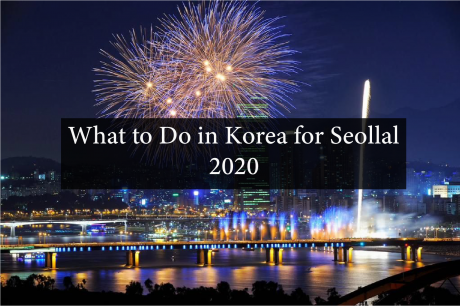 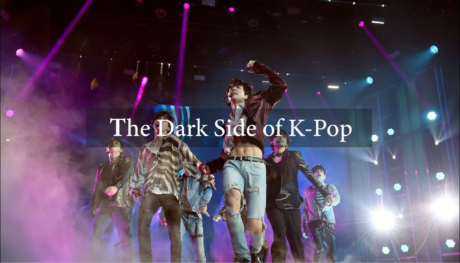 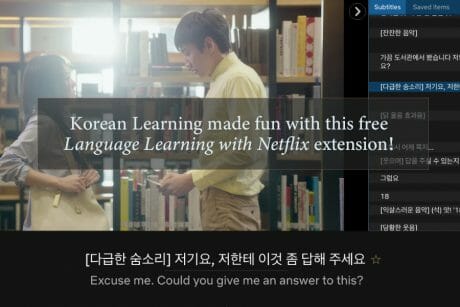 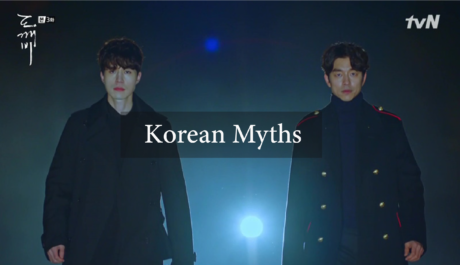 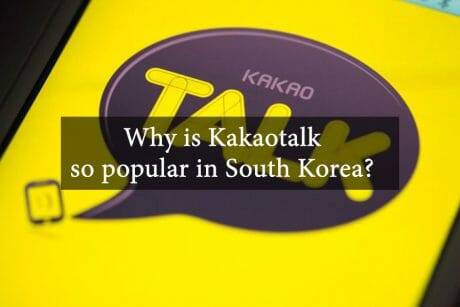 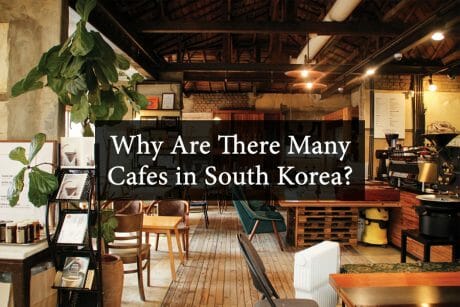 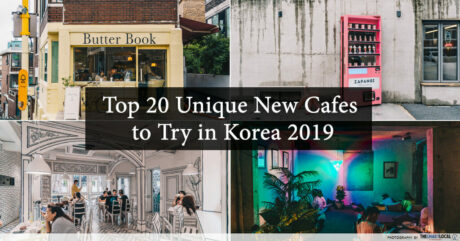 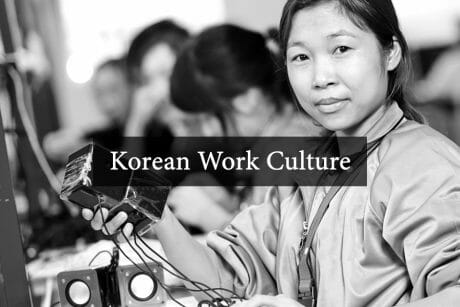 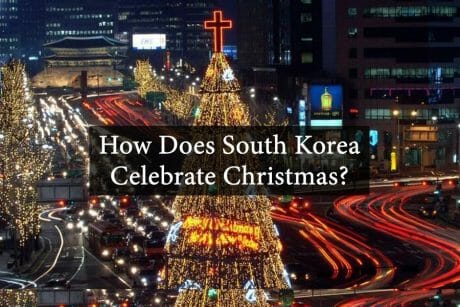 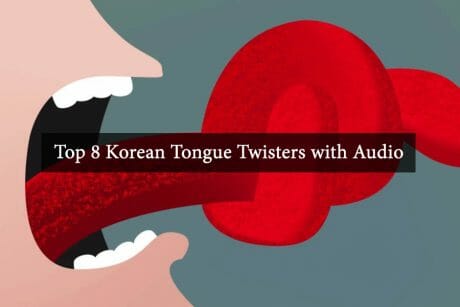 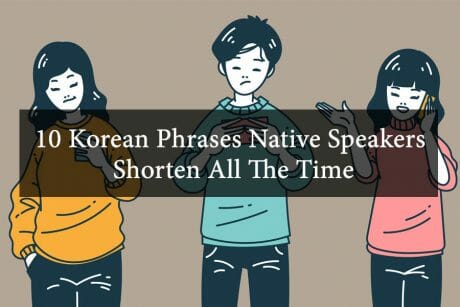 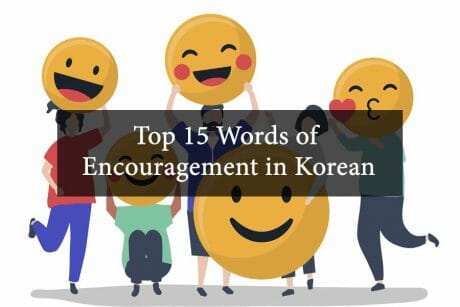 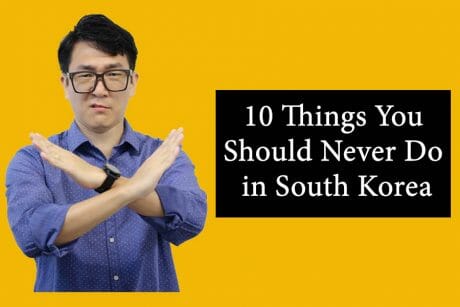 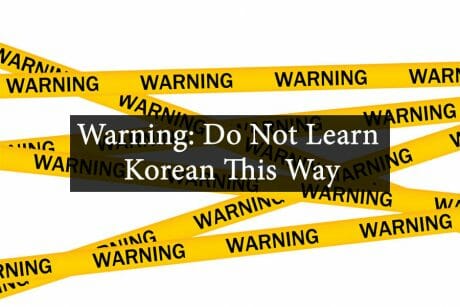 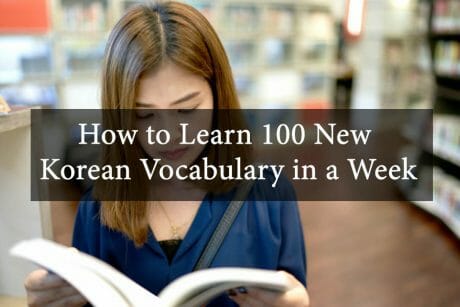 Copyright © 2019 UBITTO EIGHT SDN BHD (1184539-A). All Rights Reserved. Transformed by uBitto
We use cookies to ensure that we give you the best experience on our website. If you continue to use this site we will assume that you are happy with it.Allow access