Train to Busan which was a hit around the world back then in 2016 has released its sequel, Peninsula. Take note that this movie review does not contain any important spoilers, but more to give you a gist of the movie, in case you’re on the fence as to whether to hit the cinema or not.

Peninsula is a movie which features a setting of highly populated zombies in South Korea after four years of a zombie outbreak, a different scene from Train to Busan which showed the start of a zombie apocalypse. Peninsula features Gang Dong-Won as the main lead actor.

The first scene brings along a sense of deja vu with a similar opening as Train to Busan’s driving scene. In the beginning, it is already shown how people have become selfish to protect themselves.

Unlike Train to Busan that portrays the life of a father who is a white-collar worker in Korea, showing how’s the relationship of the family between a father and his child going to Busan, Peninsula movie scene builds up with a mild action and shows the upheaval of zombies in the early scene of the movie. So be prepared to get your heart racing any moment.

There are two countries setting in the Peninsula movie which are South Korea and Hong Kong whereas Train to Busan only shows the situation in Korea from Seoul to Busan. So, Peninsula gave a futuristic perspective after the zombie’s outbreak became out of control in how South Korea at that time and the country being isolated and quarantined from the world. 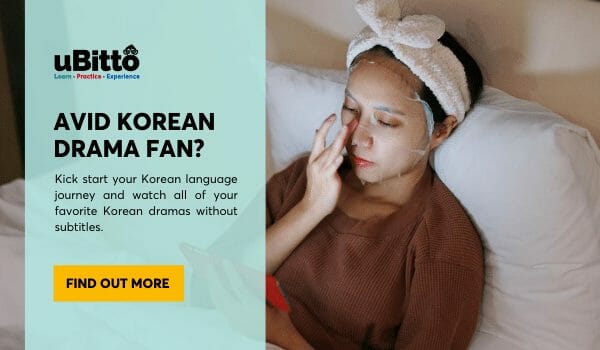 A group of Koreans were tasked to bring back bags of money from the Korean Peninsula for the other group in Hong Kong. They have to do it in order to live freely.

At the peak of the movie, it is a catching race where the main lead group is running away from the zombies and even humans! Quite shocking, to be honest, but you have to watch in order to know this. There’s intense selfishness being shown in Peninsula movie as whoever in South Korea at that time, is more on survival instead of just saving each other because it’s giving more burden to take care of new people. Plus, there’s scarcity in food resources as well.

Unlike Train to Busan, yes people are running away from zombies, but humanity is still there as it is something new and not affecting the whole Korea Peninsula. People are still considerate in saving others, showing a lesser selfish attitude although there are some.

The ending for Peninsula is different from Train to Busan that holds more sorrowful ending. Peninsula holds a hectic and shocking truth of people with unexpected plots.

Although there’s not much character development due to its focus on being action-packed, Peninsula features some characters that eventually developed to be warm-hearted and fervently performed. There are some poignant scenes in the movie which was remarkably implemented.

Firstly, the main lead Gang Dong-Won as Jung Seok is a really different lead from Train to Busan where he shows more heroic and bold because in the movie, he’s a former marine soldier, compared to its previous movie where the main lead is not portrayed as someone strong but more to a brave father.

There is also a female lead played by Lee Jung Hyun as Min Jung a mother of two children who is surviving in the Peninsula despite the living zombies.

Another character that brings a whole new light to the movie is the two children who appear to have more profound roles and sub-character which is an old man. If being compared to Train to Busan, the children were portrayed as someone who needs protection and unable to fight, different from Peninsula where the children are more brave and independent. Well, this is how survival has made people more independent?

There are two antagonist soldiers played by Kim Min Jae as Sergeant Hwang and Gu Gyo Hwan as Captain Seo. It is still mysterious how they are able to survive and if there’s more of survivors in Korean Peninsula.

Captain Seo character is something new being portrayed in this new sequel. Why? Because at first, he’s being portrayed as someone rational and a good leader. However, the plot twist is shocking.

Overall, Peninsula is a fevered movie that is highly recommended to someone who likes Korean action movie. It will give you a different set of feeling and emotions for you as it is a fast-moving movie with some suspense. It is intriguing to watch this movie as it gives you a lot of brain work, you need to think in some sense. For those who’d watched Train to Busan before, Peninsula is a must-watch movie!

Personal rating for this movie: 7/10

So, over 10, what’s the rating do you want to give to this movie?

Check out 10 Best Korean Movies You Should Watch

What Is The Average Height Of Koreans?

Shocking Prices Of Fruits In Korea!

8 Steps on How to Start Learning the Korean Language (2021)

By continuing to browse by clicking ‘OK, I accept’, you agree to the storing of cookies on your device to enhance your site experience and for analytical purposes. To learn more about how we use the cookies, please see our cookies policy.