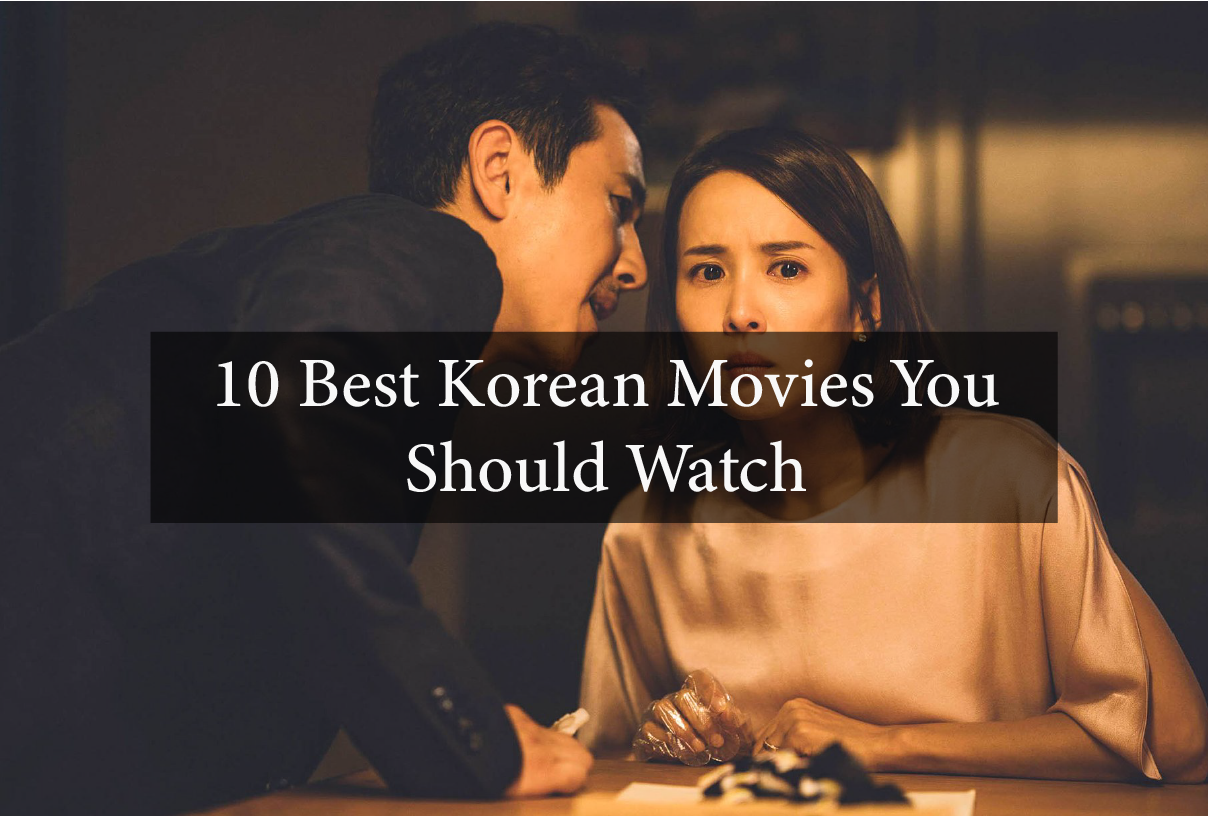 After Bong Joon Ho’s film, Parasite made history (becoming the first non-English movie to win the Oscar) with the Best Picture, the Korean cinema has gained attention internationally.

As stated by Director Bong Joon Ho, “Once you overcome the one-inch-tall barrier of subtitles, you will be introduced to so many more amazing films.”

So, whether “Parasite” is your gateway into the Korean cinema or you’re a movie fanatic seeking to explore more, here’s a list of 10 best Korean Movies (in no particular order) you should watch, including“Parasite”!

Inspired by Sarah Waters novel Fingersmith, The Handmaiden is set in the colonial Japanese-ruled Korea.

This sensual yet gripping film is packed with plot twists, where a Korean woman who is hired to serve a young Japanese heiress is secretly involved in a conman’s plot to steal her inheritance.

When a mysterious disease takes the lives of many villagers, a policeman attempts to find the cause and solve the case after his daughter became affected as well.

The Wailing can be described as thrilling, terrifying with a touch humour. Never relying on horror tropes or jump-scares, this movie truly represents the thriller genre with an immersive plot.

Train to Busan is one of the most successful and popular Korean movies that has gained huge recognition and success internationally.

There have been so many zombie movies in recent years that it has become so mundane, but director Yeon Sang Ho managed to make “Train to Busan” so wildly entertaining that it reinvigorates the genre.

It follows a group of terrified passengers fighting their way through a zombie apocalypse while trapped in a bullet train ride to Busan.

Based on a short story by Haruki Murakami, Burning is about an aimless, working-class young man who happens to reconnect with an old classmate just before she departs for a long trip, only to find that she later returns with a suspicious rich man.

With a slow-burn narrative, Burning explores the relationship between three people who are divided by class but united in their dissatisfaction with their lives.

Midnight Runners is a refreshing break from the usual dark and violent crime-related movies from the Korean cinema.

Featuring two police officers in training who happen to witness a kidnapping a crime, this action comedy is fun to watch as they go through all sorts of hilarious troubles upon taking the case into their own hands.

6. 아저씨 The Man From Nowhere

The Man from Nowhere is a griping movie jam-packed with action and fight scenes as well as excellent central performances (besides the hot Won Bin gracing the screen). If you’re into action movies filled with violent and gory scenes then this is perfect for you.

This action thriller is about a retired special agent who lives in seclusion after losing his pregnant wife. He then forges an unlikely bond with his neglected young neighbour, and vows to rescue her when she gets kidnapped by violent criminals.

If you enjoyed Parasite, you would also probably enjoy the rest of director Bong Joon Ho’s movies. The Host is the director’s first true masterpiece, blending an environmental message and importance of family with a first-rate monster movie.

When a young girl is captured by a horrifying creature that emerges from Seoul’s Han River, her family sets out to locate the creature and bring their little girl back home to safety.

With an appropriate combination of horror and humour, it has gained not only recognition from international festivals but also remained as one of the greatest films of all time at the Korean box office.

One of the best comedies in Korean movies, Extreme Job dominated 2019’s box office and became the second most watched Korean movie of all time.

The movie centres on a squad of detectives who ends up buying and operating a fried chicken restaurant to maintain their cover during a stakeout. But when they become unexpectedly popular, they must balance culinary success with their ultimate goal to bust a drug trafficking ring.

Whether you’re a fan of Girls Generation’s Im Yoon-ah (popularly known as Yoona) or not, you can enjoy this light hearted disaster movie, which combines comedy with the representation of millennials’ lives.

Exit became the third highest grossing Korean movie in 2019, featuring an unemployed man trying to escape a disaster when toxic gas was spread throughout Seoul along with his former crush.

Parasite might be the most internationally recognised Korean movie so far, by combining dark humour, brilliant acting with top-notch cinematography.

It centres on two family in Seoul, where a poor family scams their way into becoming the household staff of a rich family. Not only is Parasite entertaining, but it’s also artistic and socially relevant, which makes it so great.


How many movies on the list have you watched? And if you haven’t, which movie are you interested to watch? Let us know in the comments below!
PrevPrevYou’ll be Able to Learn Korean with BTS Soon
NextConcerts And Events In Korea Cancelled Or Postponed Due To Concerns of CoronavirusNext