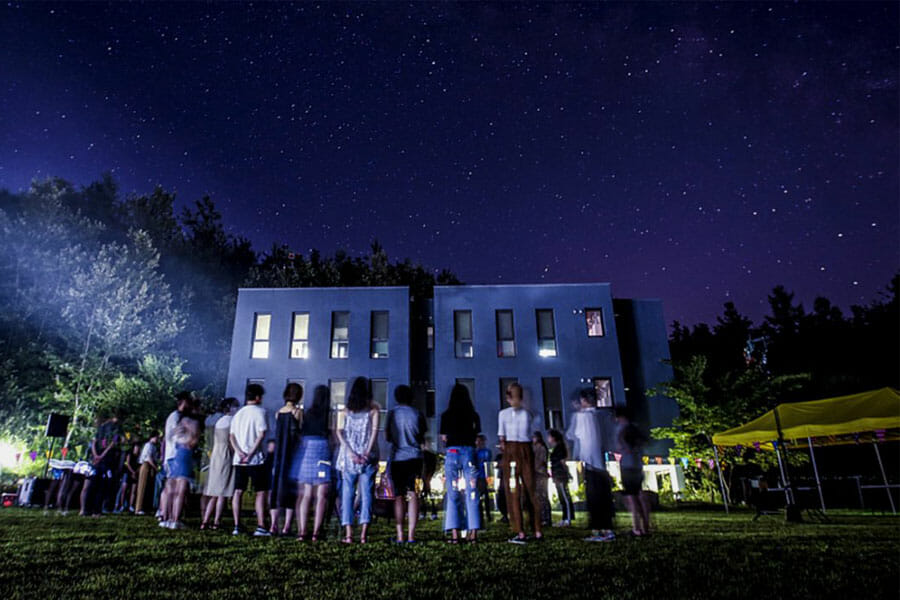 Prison Inside Me 내안의 감옥: Find Out Why South Koreans are Paying to Live in a Prison

For ordinary people 평범한 사람 around the world, going to prison is something everyone is afraid of and would avoid at all cost. However, things are a little different in South Korea as pressured and stressed South Koreans are willing to pay just to go live in a faux prison.

For the last 6 years, “Prison Inside Me” 내안의 감옥 located in the mountain range of Hongcheon 홍천 , South Korea has been locking up paying prison inmates for a short stay. The prisoner is confined every day in their cell from 1.45pm-9.45 am.

Prison Inside Me was open in response to the extreme and inhumane work habits in South Korea which has caused a lot of distressed South Koreans to take their own lives.

South Koreans work 2069 hours a year on average, making them the 3rd country in the world with the highest work-hours after Mexico 멕시코의 and Costa Rica 코스타리카 .

Since the prison’s opening in  2013, the prison has hosted over 2000 people. Most of them who come for this peculiar vacation are usually tensed office workers, students, corporate bosses and even housewives.

The co-founder of this prison, Noh Ji Hyang 노지향 started this facility as she was inspired by her husband’s (a former lawyer) commentary who said how he would rather spend some solitude time in confinement than returning back to a 100-hour workweek.

Most people who stay also frequently told Noh Ji Hyang,“ This is not a prison, the real prison is where we return to.’”

Each prisoner will receive a blue prison  uniform 유니폼 , a tea set, a yoga mat,  요가 매트 a good ol ‘pen and diary. There is even a small toilet and a panic button in their prison cell.

Inside, you will find the prison inmates dressed in matching uniforms, living in spartan 54- square-foot cells. As for the sleeping situation, they all just sleep on the floor.

Minimal meals are served to these prison inmates through a slot in the door just like a real prison 진짜 감옥 . For breakfast 아침 they serve rice porridge 죽, steamed sweet potato 고구마 and banana shake 바나나 쉐이크 for dinner 저녁.

Mobile phones 핸드폰 are forbidden, conversing with other inmates is not allowed and you will not find any clocks or mirrors around.

Like any other holiday trip, the prison comes with souvenirs to take home – a certificate of parole upon completing their stay in the confinement.

To understand “Prisoner Inside of Me” better, feel free to watch this video by BBC.

Also, read 6 Creative Korean Innovations You Have to Try!