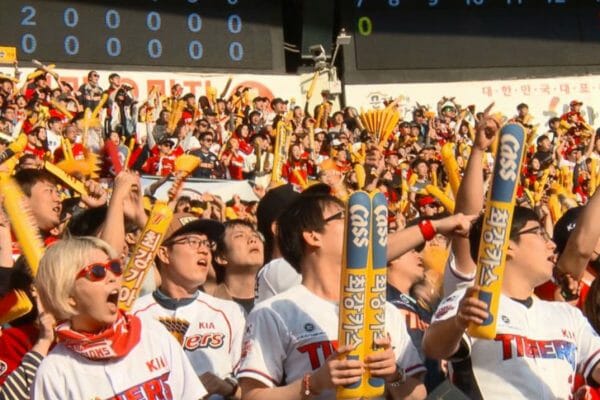 One of the slangs that are widely spoken in Korea is Konglish. If you’re not sure what it is, in layman’s term, Konglish is the combination of Korean and English.

Known as a portmanteau, Konglish is generally the combination of 2 words from English and Korean to form a new word that carries new and different meaning.

Not familiar with this word? You can read more about it here. Konglish also contains a lot of loan words.

Loan words essentially are words that are adapted to one language form another.

For example, the pronunciation for banana is the same in Korean (바나나) as it is in English.

Uniquely enough, when it comes to Konglish, the English words may have a different meaning altogether!

How was Konglish created?

Konglish was created by Koreans by using non-standard abbreviations and other combinations of English words.

This is also why native English speakers don’t always understand these words even though it seems like a common word!

Even Buzzfeed on Native English speakers trying to figure out what each of the Konglish words mean.

Check the video out below.

You will find that a lot of Koreans use Konglish in their everyday life for easy communication.

Want to learn some of them? Keep on reading!

A term that is coined over the last decade, Sel-ca in Korean refers to taking a selfie.

In case you were wondering sel-ca is an abbreviation for self camera picture.

Unfortunately, this is not the magic where you pull a bunny out of a hat.

The Korean use magic to refer to magic markers, or better known as permanent markers to most people.

We’re all used to calling it advertisements as ads or commercials but in Korea, they refer to them as CF which is short for commercial films!

Fried chicken is a huge thing in Korea (I’m sure you already know that) and what goes better with it than a cold glass of beer!

Chimaek is the combination of the English word Chiken and the Korean word maekchu which means beer.

If you’re a fan of K-drama, chances are you already know what this word means.

So fighting is often used to wish good luck or to lift the team spirit by saying cheer up!

Can you guess what this word means?

If you guessed motorcycle then you’re right on the money.

In case you were wondering auto bike is short for an automated bicycle.

Unlike its English meaning which is to be further from one another, the word apart is short for an apartment!

This is probably one of the words that make my non-Korean friends go “huh?”.

Literally one of the best things to have on a hot summer evening, cream sand is what Koreans call a cream sandwich.

If you’re not sure what that is, it’s a sweet sandwich that has whipped cream and fruits instead of other savoury ingredients.

When Koreans say one-piece, we’re probably referring to a dress.

Since a dress is made up of one material and is in a solid piece, the name one-piece has now become a norm among native Korean speakers.

Ps. we do use the word dress too, so don’t worry about the correct term the next time you go shopping in Seoul.

Eye shopping is what we call window shopping in Korea since you’re just looking and not buying!

I hope I’ve given you some insight into what Konglish is and some words that are only found in Korea.

Know any other words to add to the list?

PrevPrevGyro Drop: Is It Fake?
NextBest time to learn a languageNext