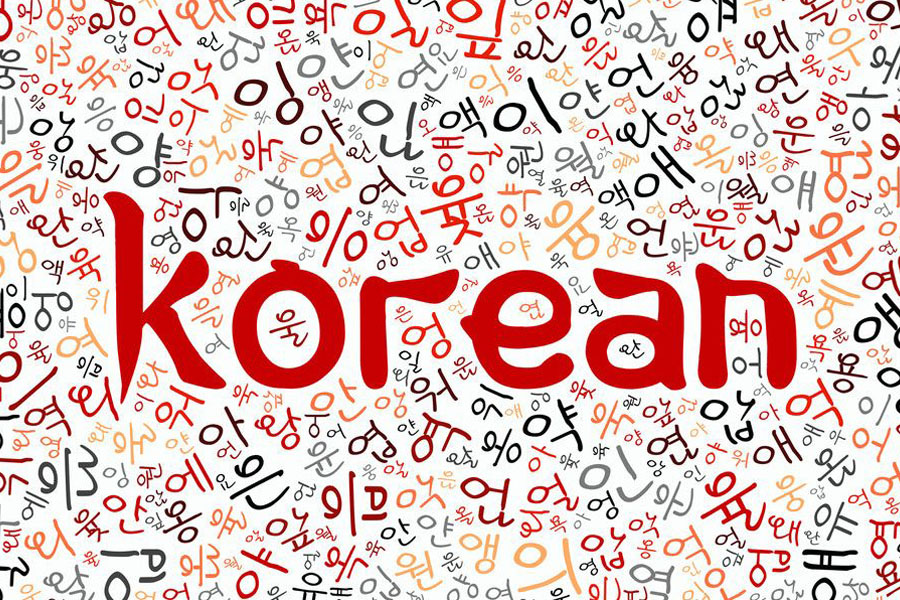 10 Steps on How to Start Learning the Korean Language

Whether you are trying to learn the Korean language to understand K-drama’s, K-pop music, planning a trip to Korea, or even learning for work purposes, just follow these simple steps and you will be on your way to speak Korean fluently.

Learning Hangul is a good place to start if you want to learn the Korean language. This is important especially if you are hoping to progress to reading and writing Korean later on.

Surprisingly, Hangul is an easy alphabet to learn. Hangul has 24 letters – 10 vowels and 14 consonants.

The letters in Hangul are highly symbolic. The consonants are made of simple diagrams of what shape the mouth makes in order to articulate the sound.

Just spend a week learning the 8 most basic vowels followed a week on the y-sound vowels and vowel combinations. Then you can move on to learning the consonants, again break them into groups of 8 letters each.

Depending on your study plan, you should be able to learn Hangul in a matter of weeks or even less.  Spending ten minutes per day (on average) reviewing flashcards, you can master reading Hangul in about a month.

Once you have mastered the individual letters, reading words will come quickly. The more you practice reading (even if you cannot understand a word of what you are reading) chances are your reading skills will improve.

Click here to get our FREE Korean Learner Starter Kit

Not sure if its “ee-neun” or “eet-neun”? Irregularities in Hangul can occur due to various reasons!

Just like the English language we have certain rules for combining certain letters to make a new pronunciation.

Once you have learned to read Hangul, the next step to learning the Korean language is to begin collecting vocabulary.

The wider vocabulary you have at hand, the easier it will be for you to speak the language fluently. Familiarize yourself with as many simple Korean words as possible. It is recommended to learn at least 10 new vocabularies in a week.

If you hear a word in English, think about how you would pronounce it in Korean. If you don’t know the Korean word, write it down and look it up later. It is handy to keep a little notebook with you at all times for this purpose.

You can even attach little labels to items around your house in the Korean language. You can add to a mirror, coffee table, and TV, and refrigerator. You will see these words so often that you’ll learn them without even realizing it.

Sometimes, it might be difficult for you to decide on which vocab to learn, and this is where categories can be helpful – greetings, food, animals, transportation, common adjectives.

The third step on getting started on the Korean language is learning common verbs as verbs are probably the most important part of any Korean sentence.

In fact, it is quite common in the Korean language to skip a sentence entirely and to only say the verb!

An example of this would be to simply say “eat” which can mean, “I want to eat”, “Let’s eat” or “Do you want to eat?” The meaning can be from the same context but is delivered with different intonations.

If you don’t know where to begin, think about verbs that you use repeatedly in English. Write a list of verbs to learn and look them up in a Korean dictionary. You can use Naver’s Korean –  English dictionary to do the translating.

Eat, ate, eaten. Confused about which is right tense to use? Once you have mastered the basic verbs, you will need to know how to use the right tense. Just like English, there is past, present, future tense in the Korean language.

Learn to Count in Korean

Knowing how to count is a basic skill in any language. Counting numbers in Korean can be really tricky as they have 2 different number systems depending on situations – Native Korean system and Sino-Korean, which originates from Chinese.

Here’s how to count to ten in the Native Korean numbers:

Three = 셋 pronounced “se(t)”(” t” is not pronounced. However, make sure to close the sound completely-somewhere between a ‘se’ and a ‘set’)

Here’s how to count to ten in Sino-Korean:

In order to survive in a basic Korean household environment, you need to pick up some basic household vocabulary. Your first real practice using Korean sentences will begin here.

Learn the Colors in the Korean Language

Just like the number system we discussed earlier, Korea’s color system is also different.  Even though people in Korea can understand the English terms for some colors, their native words are more commonly used in Korea.

Here are some common colors to get you started!

If you are going to Korea to visit, chances are you are definitely going to go around and shop! They are plenty of choices to choose from and you might find yourself exploring for a while in shopping districts and malls.

In the English language, modals are the combination of verbs such as “need”, “want”, “should” etc. This verb’s purpose is to combine one verb with another. This also exists in the Korean language as well.

We hope these first steps will get you started and help you build your momentum on learning the Korean language. Enjoy the journey!

PrevPrev6 Reasons Why New Language Learners Get Stuck
NextQuiz: How Well Do You Know Your Korean Phrases?Next