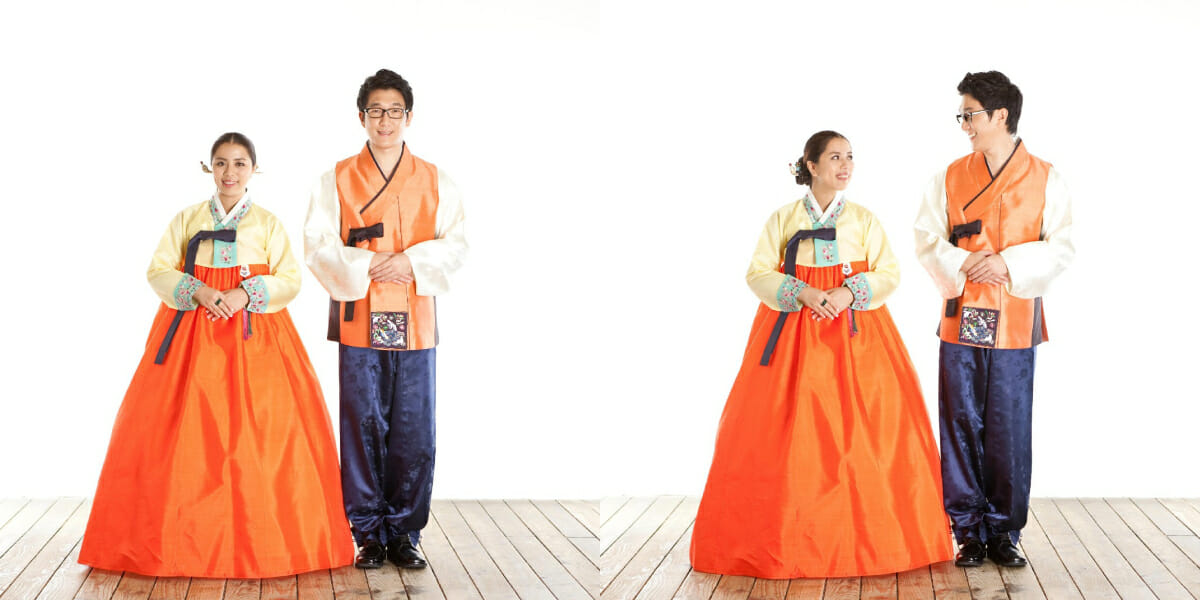 Korean Wedding Traditions That May Surprise You!

Ah, weddings – a joyous celebration of love with friends and family, rich with tradition. Today, most of the world is familiar with the Western ceremony: the exchange of rings, the white dress, and bridesmaids. But how much do you actually know about Korean wedding traditions?

What’s a celebration without a little song and dance?

Korean culture provides couples with a plethora of traditional performances to be performed at their wedding.

One of them is ‎사물놀이 “samulnori”, a type of traditional Korean percussion music. The name itself literally means ‘the play of four objects’!

You can check out a 사물놀이 “samulnori” performance by clicking here!

It originated from ancient rituals of worship to the Korean Shamanism gods, performed for various occasions and purposes such as healing or good fortune.

If you are a bride having a Korean wedding, expect a special delivery from your groom’s best buddies!

함 “Hahm” [depicted below] is a special box containing presents from the groom to the bride’s family. Its contents traditionally include: “chaedan” (red and blue fabrics), “honseo” (marriage paper), and “honsu” (valuable items) which is typically silk or jewellery.

After the engagement is announced, a group of groom’s best friends deliver the gifts to the bride’s family home in a cheerful and jolly procession.

Humour clearly does not go amiss in Korean tradition; the group of the groom’s best friends carrying out the delivery will jocularly skip through the streets shouting ‘함 “Hahm” for sale, buy some 함 “Hahm”!’

You’re probably wondering – what on earth is on their faces? Well, it’s a squid mask. Yes, you read that right.
Squid. Mask.
The dried squid is worn mainly by the 함진아비 “hamjinabi” – the participant carrying the 함 “hahm”.

Once the gifts arrive, a playful, lighthearted negotiation between the group and the family of the bride takes place; the group is offered some money or a favour in turn for their delivery. By the end of this, the participants receive an invitation to the feast where the gifts will be opened.

What a happy ending to the beginning of a marriage!

The actual wedding ceremony is relatively swift and simple; usually complete in about half an hour! Rites, a song, a speech, a kiss, and congratulations – you’re married!

However, it’s not over just yet! After the wedding there is a ceremony (family only) called 폐백 “pyebaek”. The newlyweds appear wearing their wedding 한복 “hanbok”, usually intricate in design and looks absolutely stunning!

The new bride and groom process toward the older couple in front of a painted screen. Traditionally, this couple would be the parents of the groom, but in modern times the family of the bride is also involved.

Reverently, the bride and groom will bow deeply to their elders. It begins in a standing position and ends on their knees with their forehead and palms to the ground – a show of deep honour and respect for seniors prevalent in Korean culture.

The older couple are seated at a table. On it: traditional wedding foods such as dried persimmons, chestnuts, or 대추 “daechu” (jujube).

Each item on the table has a symbolic meaning! For instance, 대추 “daechu” (jujube) and chestnuts symbolise children and is presented to the groom’s parents by the bride.

The older couple then offers words of wisdom and advice to the newlyweds. Finally, the ceremony is concluded with 대추 “daechu” (jujube) and chestnuts being thrown back at the bride, who tries to catch them with her wedding skirt.

I am happy to report that this beautiful tradition is still being practiced today!

Once upon a time, if a man wished to marry a woman, he had to first present a pair of live ducks or geese to his fiancée’s family.

Okay, but why ducks? Sure, they’re cute, but why them?

Ducks are known to be monogamous and mates for life. Thus, many Asian countries regard them (and geese) as symbols of fidelity, love, peace, and offspring.

Today, the ducks/geese offered at Korean weddings are not live (imagine the mess!) but instead wooden ones, specially carved and wrapped in colourful cloth just for the ceremony. Once the couple is married, the ducks will be unwrapped.

The ducks are kept in the newlyweds’ home. If you spot them facing beak-to-beak, it means the marriage is happy and harmonious. But if they are facing away from each other, uh-oh! Looks like there’s tension in the home!

This tradition and the change it has gone through over generations goes to show how we can never forget our roots, even if it looks slightly different today.

Which Korean wedding traditions from this list did you know about? Which did you find the most fascinating?

If you’re attending a Korean wedding soon, be sure to keep a lookout for these rituals and practices!

Today you learned something about Korean culture; why not learn the language as well?
At Penang Korean Class, we make things super easy with onsite, livestream, and on the go classes just for you!

Find out how you can learn a new language from home