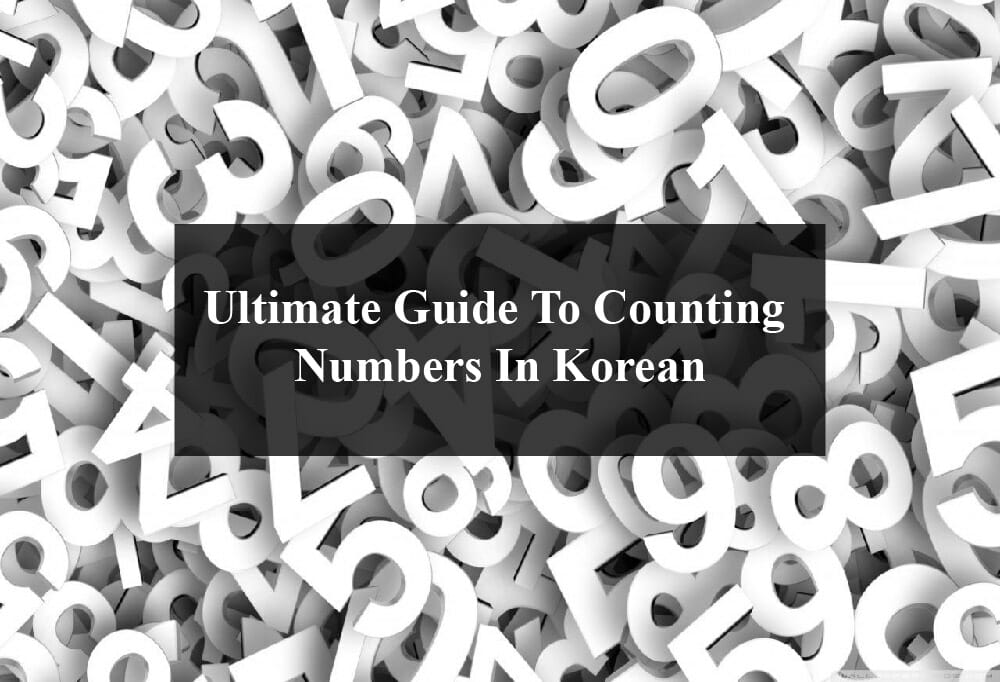 Have you ever wondered that counting numbers in Korean required two systems? Counting numbers are the basic necessity for living. But, what we usually learn is there’s only one number system in our language, but that’s not the case in Korean language.

Wait, do not sweat yourself. Take a deep breath and continue reading, you will get it!

In Korean language, there are two number systems. The first one is called Sino-Korean numbers and the other one is Native Korean numbers.

Sino number system came from Chinese characters (一, 二, 三, and so on.). The first 10 numbers are important in this context!

Starting from 11 – 99 it is so easy! You just take the first number and the second number that you want to add!

Well for 20 there is a slight tweak there. Let’s check:

[Note: it’s not plus, but you just put the number in front and replace the one in ten with 2, and the pronunciation will be starting with the front number and the number ten pronunciation].

So you can say in English that the ten in sino number is similar to the “ty” in “twenty” starting from 20 to 99.

[However, when it comes to number 16, the pronunciation is 심뉵 (Sim-nyuk) not (Sib-yuk) This is due to sound change rules and because it based from Chinese characters.

Got it? Now it’s your turn to try this numbers:

Alright, so starting from now, you may replace the two zeros in 100 with number 1-99.

For 10,000 we are using a similar concept to previous numbers. You just add the numbers that you want based on 천, 백, and 십 in the three zeros!

So, it’s not = Sib-il-man-baek-sib-il (eleven ten thousand one hundred and eleven)

The front part is just the number from 1 to 9. Another easy method, right?

Here’s the list of the numbers for you to try and add on the zeros!

It is pretty simple from the information that you read above. Here’s the lists:

To be exact, Sino-Korean numbers is used in many settings, but the most common usage of it is when counting money, the Korean Won (원). You just need to put the 원 after the numbers.

The Sino-Korean numbers are also used in conceptual numbers, units of measure, scores, date and addresses.

Similar structure with Sino-Korean numbers, for 11, you just take the 10 and add number 1 after that.

But here’s some unique thing where Native Korean numbers are only up to 99. After that, you are good to go and use Sino-Korean numbers! Not to worry, explanation will follow.

Actually there are numbers above 99 but it’s archaic and rarely used in quite a long time.

Native Korean numbers are used primarily for counting physical things ( cups, books, animals and other tangible things) but you have other applications where you used the counters.

Native Korean numbers are used primarily for counting physical things ( cups, books, animals and other tangible things) but you have other applications where you used the counters.

마리 (Use for animals)
세 마리

When counting, some numbers drop and silent the sound to make it easier for Korean to pronounce them. The numbers that usually drop are 1 to 4, and 20.

It seems that both numbers have their own purposes. You are right. But, there are certain cases that the numbers can be used for the same thing such as counting months.

So, how much have you learned today? Can count in Korean now? Or you already a master in counting numbers in Korean?