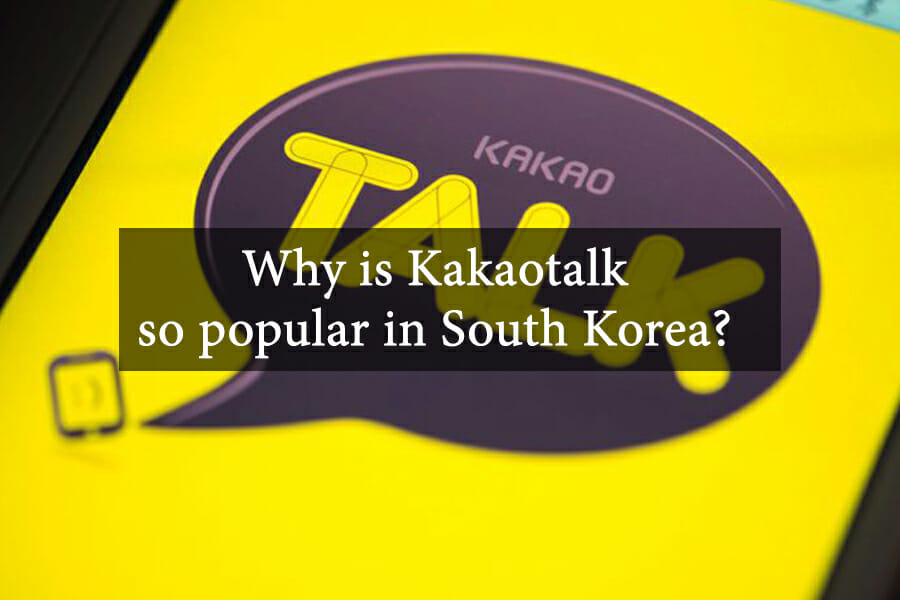 Kakaotalk or sometimes know as the “KaTalk” is a free instant messaging application for smartphones that has the free text and free call feature and is operated by Kakao Corporation.

Kakaotalk was released on 18th March 2010. The app is currently available on iOS, Android, BlackBerry, Windows Phone, Nokia Asha, Windows, and macOS. The app is available in 15 languages.

This app is so popular that it is used by 93% of smartphone users in South Korea thus becoming the number messaging app for the country.

If you want to know why is Kakaotalk so popular in South Korea then keep reading!

Why do Koreans love Kakaotalk?

Who doesn’t love anything free right? Koreans began using the Kakaotalk app as it was a free application. They could save money through the app as normal texting costs money. It is not that Koreans hate using normal texts, but why pay when you can text for free?

As far as other texting services, some of them required a fee or they just didn’t manage to market themselves well to the Korean consumer.

Whatsapp, Line, Wechat might be nice to use by why use it when there is a local product to replace it?

One of the important reasons why Kakaotalk is so popular is because South Koreans have a great deal of pride for local products.

They are nationalistic to the extent where they are willing to pay more for a locally built product even though you can find it cheaper somewhere else.

An example to this would be Samsung products. South Koreans have to pay more money in their country comparing if it is bought in other countries where it is way cheaper.

Another reason for the Kakaotalk application lies in the many features that it offers and it’s user-friendly design.

Besides providing free texts and messages, the app also allows the user to see if people read their messages or not.

Before Whatsapp or Facebook introduced the concept of “seen” or “read”, Kakaotalk has already had this system.

For example, if I posted a message in a group chat consisting of 5 people, the number 4 will appear. As one by one group members begin to read, you will notice that the number will disappear as well.

That is how you will know that all of them have read it.

Kakaotalk is a platform where you can share everything – texts, calls, photos, videos, voice recording, free conference calls (with support for up to 5people) called VoiceTalk.

In 2017, Kakaotalk made about $198 million just from KakaoTalk’s emoticon marketplace. This just proves how much the Koreans love the emoticons and stickers from the Kakaotalk app that they are willing to invest money to buy them.

Another reason why Kakaotalk is popular is because of its mobile game platform. For example, the game Anipang became one of the most successful games in 2012.

The majority of the South Koreans who were staring down at their phones in the subways or buses were definitely playing Anipang.

Once someone started playing, the game invitations were sent to their family and friends through the Kakaotalk app. Kakaotalk also allows you to invite your friends to compete with them

The users of Kakaotalk can also make online payments using the Kakaobank. The app allows the user to send money to their family or friends without needing their bank account number.

Have you used the Kakaotalk app before? What was your favorite thing about the app? Let us know in the comment section below!

PrevPrevWhy Are There Many Cafes in South Korea?
NextWhy do Korean Men Wear Makeup?Next