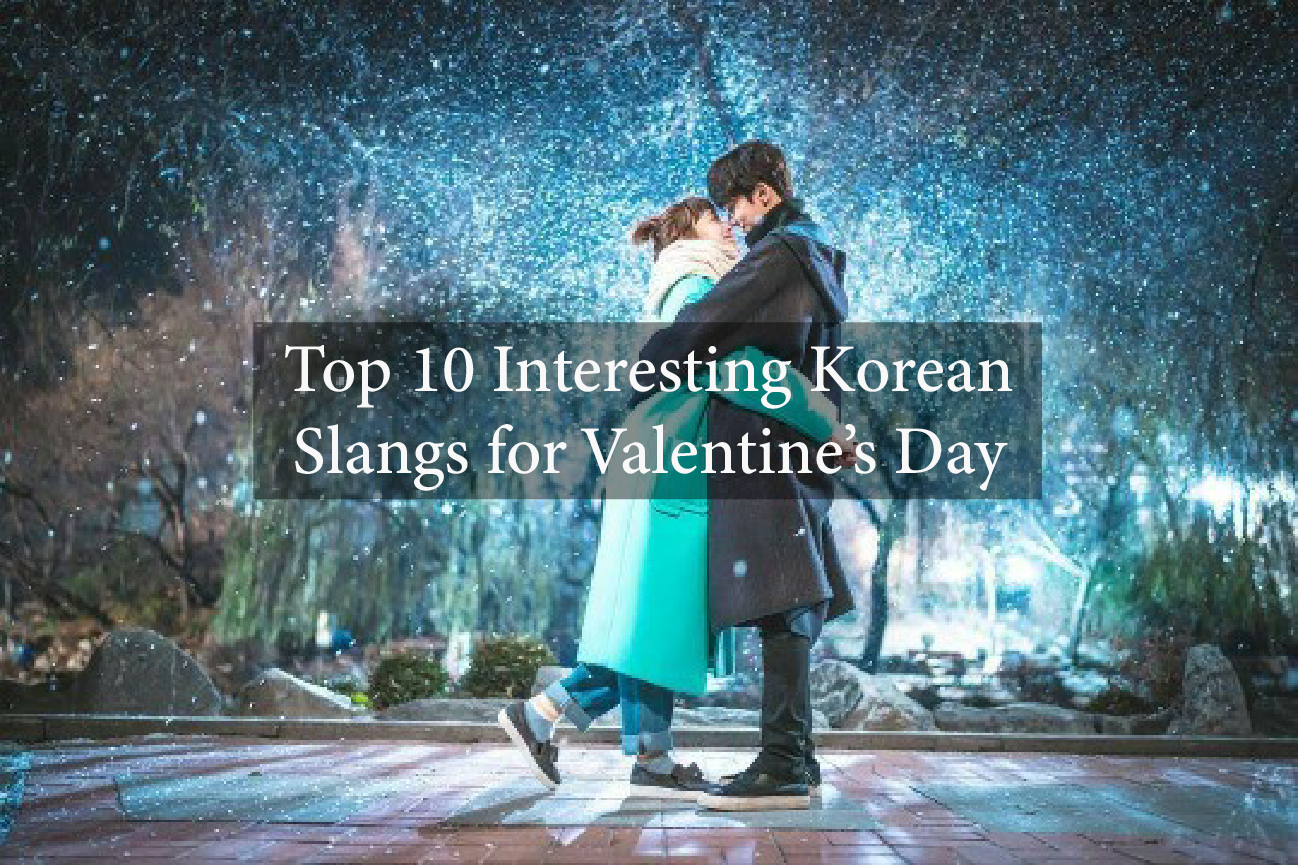 발렌타인데이, Valentine’s Day may seem like a normal day to some of us, but in Korea, it’s an important celebration of love.

Just like many others from different countries celebrating Valentine’s Day, Koreans also have their own slangs to talk describe situations about love.

So here’s a list of top 10 interesting Korean slangs for Valentine’s Day that you should know!

“밀당” literally means “push and pull”. It can be used to describe a situation when someone pretends that they’re less interested in you than they are to get your attention and make you become more interested in them, especially at the start of a romantic relationship.

The English equivalent for this Korean slang word would be “to play hard to get.”

“썸 타다” can be used to describe a situation when there’s chemistry between you and your crush, but you’re not quite together with her/him yet!

“모태 솔로” is a combination of “모태” and ‘솔로”, which refers to someone who has never dated or been in a relationship before since birth.

And, it’s okay if you’ve been single up until now, because that means you get more freedom until you eventually find ‘the one’!

When you see your crush, or partner — or someone who’s attractive enough to make your heart beat like crazy, think of this phrase, “심쿵하다”!

Surely you’ve met someone who didn’t seem attractive at first, but becomes more attractive and charming as you get to know him/her! Well, “볼매“ can be used to describe that special person who has hidden charms.

The literal meaning of this word is “sold-out woman” and “sold-out man”. It’s used to refer to someone who is taken, usually someone who has just gotten married. So, if you’re married then you’re off the market for dating or marriage!

This word literally means charming woman or man who makes your heart warm. If your special person is attractive and kind at the same time then they’re 훈녀 or 훈남!

If you’ve been a fan of K-Pop, you’ve probably heard of this slang before. It literally means a man or woman who has sexy brains. So, you can refer someone as “뇌섹남” or “뇌섹녀” if they’re attractive and smart.

If you tend to easily fall for someone who you’ve just met, then you’re a “금사빠”. This word is similar as the English phrase “love at first sight”.

“라면 먹고 갈래” would be the Korean version of “Netflix and Chill”. This suggestive phrase literally means “Do you want to eat some ramen and
go?”

If you’re wondering how did Koreans come up with this phrase, it actually originated from a movie called ‘봄날은간다‘, ‘One Fine Spring Day’.

In the scene, the female lead wants to invite the male lead to spend the night at her place but she isn’t sure how to go about it, so she ends up suggesting he eat some ramen before he goes home. Then she later asks him “자고 갈래요?”, which means “Want to sleep here tonight?”

So, if your significant other (who happens to be a Korean) ever asks you “라면 먹고 갈래?” on Valentine’s Day, then you’ll know it means he/she is inviting you to spend some private and romantic time together!

We hope you find these phrases interesting, and let us know which one is your favourite in the comments below!
PrevPrevHow Korea is Handling the Coronavirus Outbreak
NextYou’ll be Able to Learn Korean with BTS SoonNext