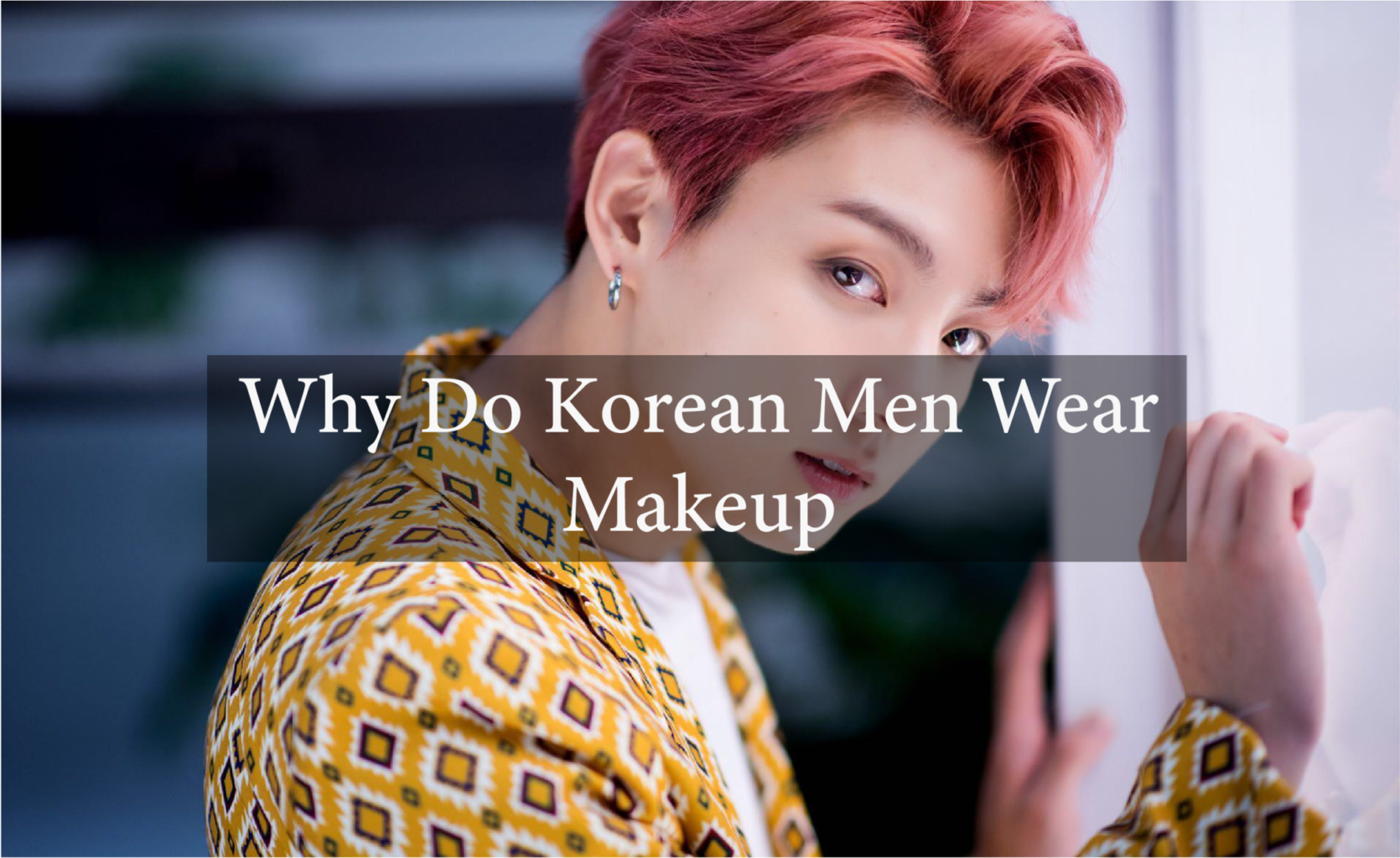 Why do Korean Men Wear Makeup?

When it comes to beauty, it is almost impossible to not think of Koreans with their beautiful and flawless skin, especially if you are a K-beauty fan.

Besides skincare, makeup is a beauty staple among Koreans. And as unusual as it may sound to some of us, it is common for Korean men to wear makeup in South Korea.

For them, putting on makeup is as routine as how most women would groom themselves before leaving the house.

They are also the biggest spenders on beauty products globally, contributing to $7 billion in the Korean beauty industry.

If you’ve been a loyal K-Pop fan, you would probably find this trend normal since many of the male celebrities often wear makeup, be it for performances or music videos.

For those of you who are not familiar with the idea of men wearing makeup, you might wonder why do Korean men wear makeup?

K-Pop is one of the major reasons why Korean men wear makeup. It is common to see male idols with smoky eyes and bright lips in music videos and during performances.

Originally, wearing makeup was to prevent idols from looking washed out on camera, but it eventually became a popular trend as regular men were inspired to imitate the flawless soft masculine image of K-Pop idols.

But, this does not mean every man in Korea go around with heavy makeup like K-Pop idols usually had on a daily basis.

Average men, even celebrities actually prefer the natural and dewy look, known as the ‘chok-chok’ look in Korea.

The idea of the ‘chok-chok’ look is to look fresh and clean as naturally as possible.

Normally, foundation or BB cream will be used to even out the skin tone. Some just use concealer to conceal dark circles and blemishes, while nude shades are usually the preferred lip colour.

2. Appearance is Important in South Korea

In a competitive society in South Korea, appearance greatly matters as it would affect job opportunities as well as image.

First impressions are very important, which is one of the reasons why Korean men wear makeup to enhance their appearance, so that they would look fresh and neat during job interviews.

Besides job purposes, they also wear makeup to gain more confidence and look better when they go out or go on dates.

Being out in the sun most of the time, soldiers in South Korea have openly admitted to using skincare and makeup such as BB cream with SPF properties to protect their skin from the sun.

Regardless, Korean men and women adopt the same beauty trends these days —there is no stigma of men wearing makeup.

PrevPrevWhy is Kakaotalk so Popular in South Korea?
Next8 Interesting Korean MythsNext