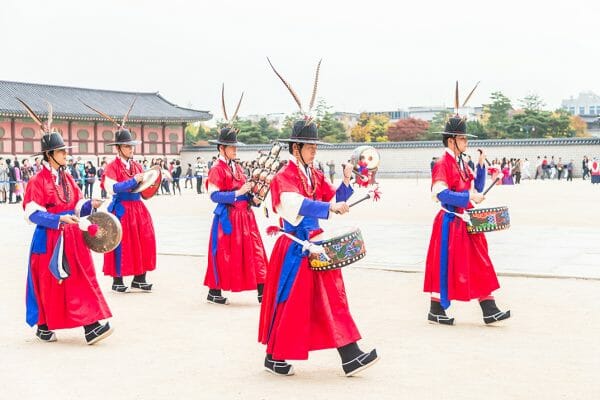 How To Become A Korean Citizen For Malaysians

Wondering how to become a Korean citizen? Don’t worry. We’re here to give you the rundown on what it takes to be a citizen of South Korea.

Why would someone get Korean citizenship?

Let’s be honest, getting Korean citizenship can be a difficult, lengthy process so do have some patience when you’re filing for an application.

Generally, people apply for Korean citizenship for the following reasons:

-When at least one of your parents are of Korean descent

-If you’ve decided to live in South Korea in the long term.

What does the application process to be a Korean citizen include?

Before starting your application process, you need to make sure that you fulfil some of the basic requirements to be a Korean citizen.

One of the main ones is you should’ve been living in South Korea for at least 5 years.

This is to show that you have already established a life there.

Another important requirement is that you need to be proficient in Korean in terms of reading, writing and speaking.

To prove that you’re able to converse in Korean, you’ve got to take the TOPIK exam as well.

You’ll also need to have knowledge and understanding of Korean culture and history which would be relatively easy considering that fact that you would’ve been living in South Korea for some time already.

During the application process, you’ll also be asked to sit for an interview and a written test to evaluate all the requirements mentioned above.

Dual nationality is not allowed in Malaysia hence you’ll have to only be a Korean citizen once your application is approved.

However, if you’re not a Malaysian, you are able to own 2 citizenships in South Korea.

You won’t have renounced your existing nationality.

If you are planning to just get a visa instead of denouncing your Malaysian citizenship instead, you can always have a look into these longterm residency visa options:

–F-2-1: Applied when you’re married to a Korean who’s living in South Korea

–F-2-2: Issued to an underage foreign child of Korean national.

–F-2-99: Issued with 5 years of continuous residence in South Korea.

Interested to know more about long term residency? Read more about it here.

Korean Citizenship is offered through naturalization when you maintain a residency there for over 5 years.

That being said, there are 3 main types of naturalization that you’ll need to take a note of.

This citizenship applies to someone who chooses South Korea as a permanent home.

-have lived in Korea for more than 5 consecutive years

-either able to maintain a living by your assets or skills or have a family member who is able to take care and provide.

This citizenship on a surface level sees like it has any overlaps on general naturalization but it discusses many other different scenarios as well.

-have lived in Korea for more than 3 consecutive years

-maintain a living by your assets or skills or have a family member who is able to take care and provide.

-have parents that have been South Korean national in the past but they are now a citizen of a foreign county.

-be a foreign spouse to a South Korean citizen for more than 2 years.

You should be married to your spouse when sending in your application.

Remember that you should have been living in South Korea for more than a year by then.

This particular naturalization is doesn’t necessarily require you to live in South Korea however this citizenship is quite difficult to obtain.

To be able to qualify for special naturalization, you should:

-be of good conduct.

-be a foreigner with at least 1 parent who is a South Korean citizen.

This citizenship does apply for foster/ adopted children that are adopted before they reach adulthood.

Things you should know beforehand

When you’re trying to apply for South Korean citizenship, it’s very important that you know the Korean language and culture.

For example, if you’re a foreigner who is applying for an F-6 spouse visa, you’ll need to prove your proficiency of the language by passing Level 1 of TOPIK exam.

The TOPIK exam is administered by the state-run National Institute for International Education.

All applicants will be allowed to complete a beginner course at any overseas institute that is approved by the Korean Embassy.

Know more about TOPIK exam and how to register for it when you’re a Malaysian here.

In an event that you and your spouse speak to each other in a language other than Korean, you’ll be exempted from taking the exam.

However, you’ll have to prove that your Korean partner has been living in their spouse’s country, in this case, Malaysia, for more than a year.

Korean culture is both rich and diverse just like Malaysia.

It also means you’ll have to learn all the intricate customaries when you’re trying to be a Korean citizen.

In case you’re unaware, you can read up on some common Korean customaries there.

Hopefully, we help you know a little bit more about how to become a Korean citizen.

If you’d like to know more information, get in touch with the Malaysian Korean Embassy here.