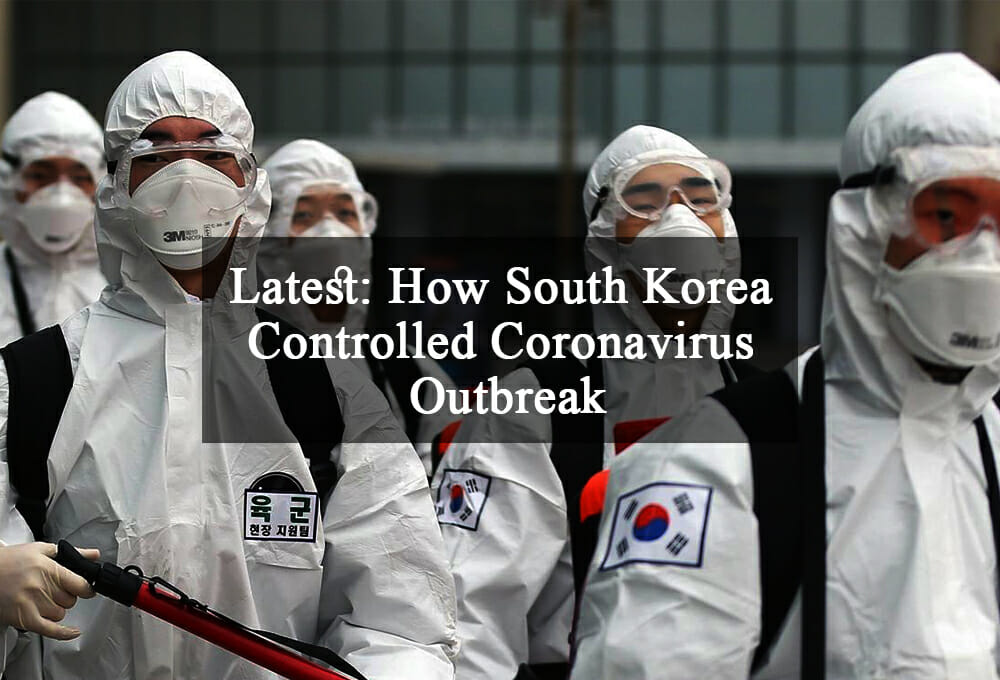 The recent Coronavirus pandemic has been a big concern not to just a country, but worldwide. Referring to it as a new virus and its ability to mutate, it will take some time for experts to come out with the vaccine, thus eliminating the virus from the globe. Apart from waiting for the vaccine, South Korea has been acknowledged for its government action on combating the Coronavirus in the country.

Let’s understand further how South Korea controlled Corona virus outbreak. We can take it as an example of how a country was able to control the virus extensively.

The first case on Coronavirus in South Korea appeared on 20 January 2020. The patient was detected in Incheon international airport after the fever was detected from a 35-year-old Chinese woman who arrived at the airport from Wuhan, China. South Korea took the first measure to isolate the woman at a national hospital. The case then kept increasing from the day until 17 February 2020. At this time, South Korea had managed to control the pandemic with only 30 people contracting the virus despite numbers of patients with the symptoms detected.

On the next day, 18 February 2020, a report reported that a 61-year-old local Korean woman was tested positive in Daegu, South Korea. This case was highlighted as Patient 31 as the case risen drastically after the patient attended services at a church in Daegu, South Korea. The people that remained in contact with the woman had risen to hundreds in a matter of days.

Despite the matter, South Korea had taken proactive measure as they have all the citizens and immigrants’ data in their system. South Korea government has used artificial intelligence (AI) and contact-tracing program (Coronavirus test, officials’ interviews, messages, GPS phone tracking, credit-card records and CCTV) to track in real-time, those who had contact with the Coronavirus suspects and patients and tracked their whereabouts for the last two weeks.

Besides that, their government also facilitated apps to give people to input their Coronavirus symptoms where they also can be diagnosed by a doctor just from phone. If they were suspected, the government will encourage them to do self-quarantine with self-quarantining apps to monitor their current condition. The app will set off an alarm on the patient’s smartphone if they are out from the quarantine area. An app that updates the information regarding the number and type of face masks available in real-time also was created to ease their people.

After successfully gained the data, it was detected that thousands of new cases have then been confirmed. South Korea immediately implemented large-scale Coronavirus testing to identify infected people and by 17 March 2020, more than 270,000 Koreans had been tested nationally.

Surprisingly, during the period, South Korea does not implement extreme restriction of freedom of movement of people like few other countries but limited to closing shutting down schools and a curfew being imposed in some cities. The government even provided an app that assists workers to use the safest routes when commuting to and from work so that they do not intersect with the paths taken by infected patients.

As of 18 March 2020, the cluster of patient 31 accumulates to at least 60% of all cases in South Korea where most of them are those who attended the church in Daegu, South Korea.

Substantially, the huge drop in Coronavirus cases was prevalent after the mass infection from patient 31 and those in contact with the church members have been successfully been identified. The preparedness and fast action from South Korea government are the results of what has been learnt from Middle East respiratory syndrome (MERS) which has been impacted South Korea previously.

Recently, there have been new cases that were linked to night clubs in South Korea which accumulate to 119 new cases across the country, creating a new cluster. After a man visited five clubs and bars in Itaewon was confirmed positive, South Korea had taken seriously regarding the matter and has tested 20,000 people related to the new cluster outbreak where 11% of them are foreigners.

There are a few more new cases related to other people such as private tutor, church attendees, and military members. In taking measures to combat this sudden rises, South Korea Foreign Minister, Kang Kyung Wha mentioned during the interview with DW News that she is concern about young people and gathering occasion where sanitary rules are not strictly abide by. As for now, entertainment establishment will be temporarily shut down.

When being interviewed regarding the privacy of its citizens, she stated that privacy is an important part of human rights, but it is not an absolute right as you need to balance the privacy of the patients, against the public’s need to be protected from the risk.

More on the interview: